In the Shadow of Hemlo's Headframe: Canadian Orebodies (TSX-V: CORE) Following Up on Strong Results

A lack of exploration and discovery near Hemlo has created an opportunity for one Canadian company with a deep connection to the region to make the next discovery and the regional connection between two possible gold systems.

The winters in Northern Ontario pause most exploration programs, however for one company, the deep chill provides an opportunity to follow up on an impressive drill hole in the shadow of Hemlo’s headframe, one of Canada’s largest gold discoveries.

Over the winter, Canadian Orebodies Inc. (TSX-V: CORE) has been building ice pads on a lake in preparation for a 1000-metre-plus drilling program. The drill program seeks to explore the extension of recently drilled high-grade gold-bearing veins on the Black Raven property.

The ice pads allow the drill to target the right angle to follow up on results received from the fall 2018 drilling program.

On Dec. 11, 2018, the company announced that drilling had intercepted 133.2 g/t Au over 2.0 metres, which included 443.0 g/t Au over 0.6 metres (see press release), in a vein which the company has dubbed the Super G vein in the Smoke Lake Gold System. These results were the confirmation the company needed; the Super G vein is part of a much larger mineralized system, which comprises multiple mineralized stacked layers with potential for high-grade gold in every structure.

This hole was the highest grade reported on the property and it sparked interest from the market. Since that time, anticipation of further drilling has driven up share prices from 18 cents before the results to currently 34 cents per share.

“Our intersection from hole BR-2018-002 produced one of the highest-grade gold intercepts in the Hemlo Greenstone Belt outside of the Hemlo Mines complex, which was discovered in 1981. Looking into 2019, the combination of this season’s results, with the historic drilling results, will greatly improve our exploration model to expand the high-grade gold zones known in the system and to discover new ones.”

The significance of this new drill program is not be understated. There has been very little discovery since Hemlo, largely in part due to a lack of systematic exploration. Typically, the presence of one large orebody indicates the region has the geological potential to host further deposits, it is just a matter of getting the trend right and doing the drilling.

The main target of the 2019 drilling program is the Super G Structure of the Smoke Lake Gold System . Part of the program will target the up-dip and lateral extensions of the high-grade zone intersected in BR-2018-002.

The emerging picture suggests that the stacking of high and low grade gold zones is forming the Smoke Lake Gold System. The company is comparing its results to the width and grade of results from Amex Exploration’s (TSX-V: AMX) Eastern Gold Zone on its Perron Project.

Potential upside from the ongoing drill program could come from the extension of the discovered high-grade zone in the Super G Structure and extensions in its mineralization footprint. This could lead to the discovery of new high-grade zones in the other structures forming the Smoke Lake Gold System.

This is just the beginning for the Canadian Orebodies team led by Gordon McKinnon. Calling on his family tradition, McKinnon has built a team that knows the region well and is looking to prove the continuity of his father’s success, who played a key role in the discovery of Hemlo.

On the board is John Harvey, who served as President and CEO of Hemlo Gold Mines Inc. from 1989 to 1991. Serving as an advisor to the company is Robert Middleton, who led the Rosario Resources team that discovered the Bell Creek Mine in Timmins, Ontario and, in 1982, he played a role in drilling the discovery hole at the Goliath Mine in Hemlo, Ontario.

Alongside this proven team is a series of successful shareholders such as Robert Cudney of Northfield Capital, who sold Gold Eagle Mines to Goldcorp for $1.5 billion, Sean Roosen’s Osisko Mining, Rob McEwen and Rick Rule. With these shareholders, the company has access to capital despite the company already being in a well-funded position with $2.2 million and ~58 million shares fully diluted.

The company is expecting the program to wrap in late March with assays shortly after that. These results could prove that there are more Hemlo’s in Ontario.

Canadian Orebodies is a Canadian-based mineral exploration company with a portfolio of properties in Ontario and Nunavut. Canadian Orebodies is focused on generating shareholder value through the advancement of its two Hemlo area projects: Wire Lake and the North Limb.


The author of this article was compensated in cash and does not hold any securities in Canadian Orebodies. This is sponsored content
on March 13, 2019 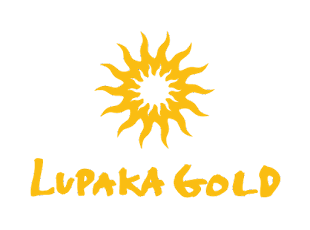 In the Shadow of Hemlo's Headframe: Canadian Orebodies (TSX-V: CORE) Following Up on Strong Results